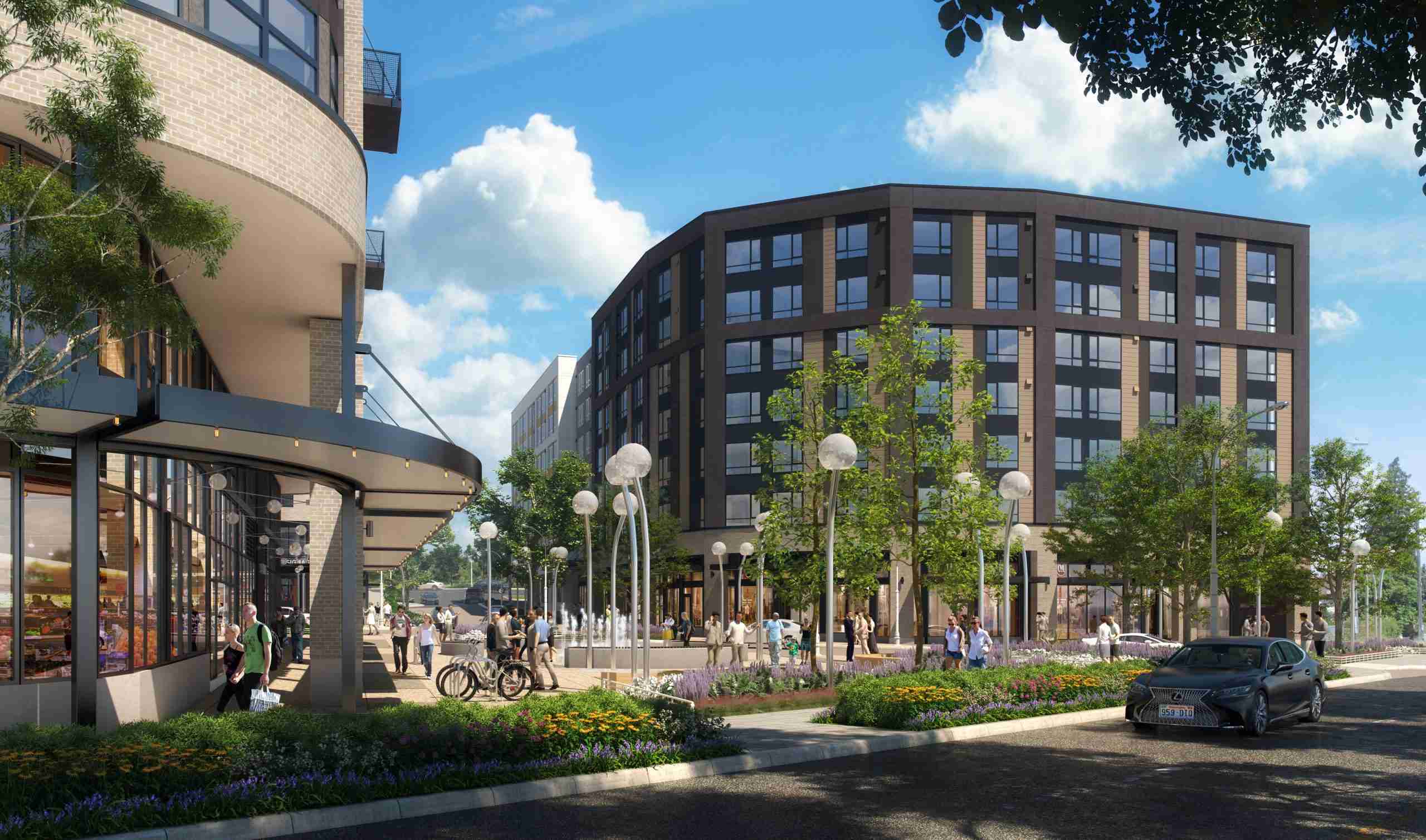 Grand Street Commons is a mixed-use, transit-oriented development (TOD) in Seattle’s Rainier Valley neighborhood. The project is a result of a unique partnership between market-rate and affordable-housing developers that will provide 771 residential units and 51,000 SF of commercial and retail space across three buildings to form a cohesive, new town center.

All 206 units in the South building will be affordable to tenants making 60% area median income (AMI). Providing family-sized housing was a design priority, so many of the units feature two or three bedrooms. The common roof deck will feature play structures for children living in the building.

An alley vacation was integral to the overall design; approval of the alley vacation from city authorities allowed the public to vacate public interest in the property and turn it over to the property owner. By doing this, 45 additional units were built into the design and the street right-of-way was redirected, which will increase pedestrian safety and create space for the new plaza and community gathering space.

Adjacent to the plaza, several commercial spaces will provide a permanent location for arts programming in the neighborhood, including the Cultural Space Agency. 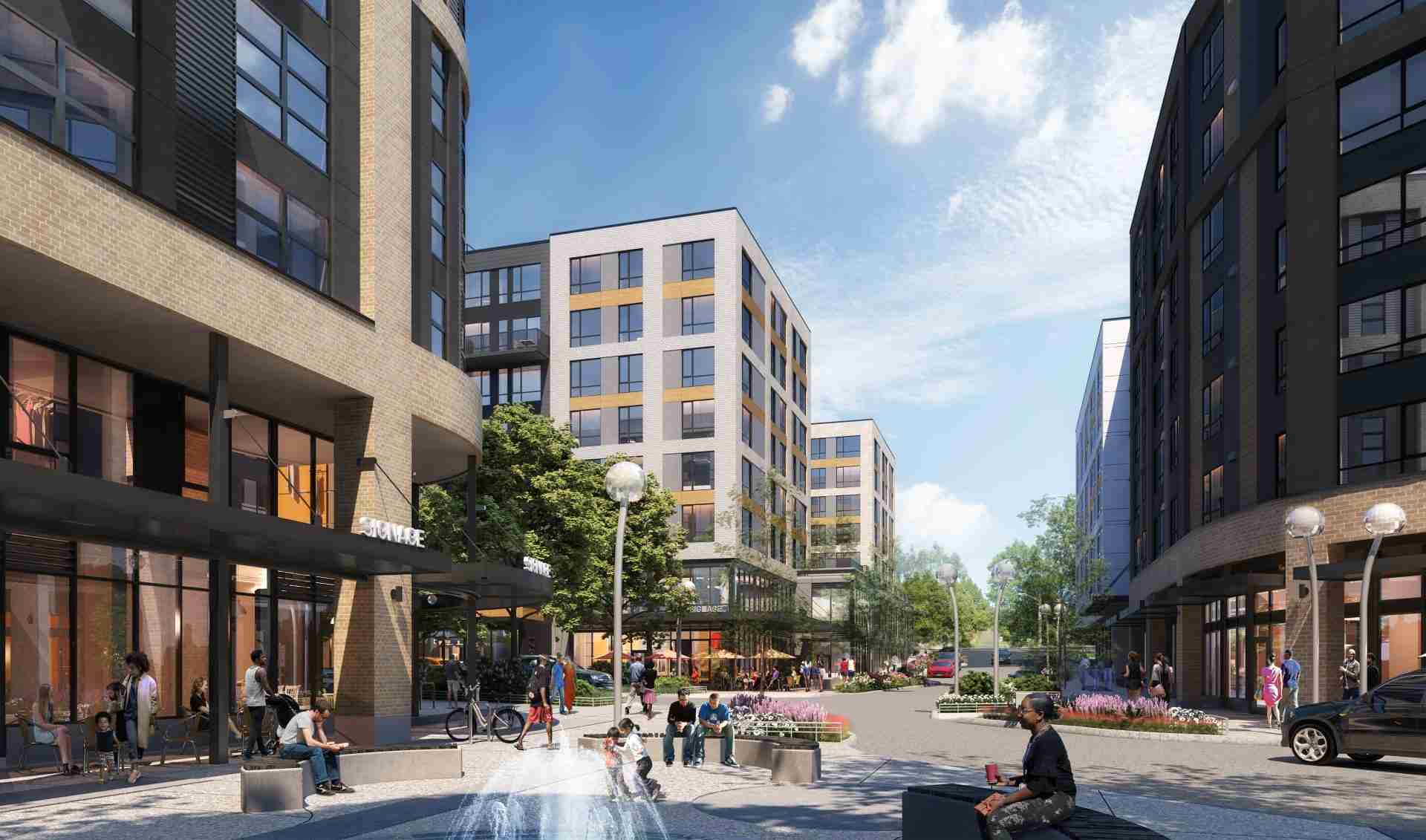 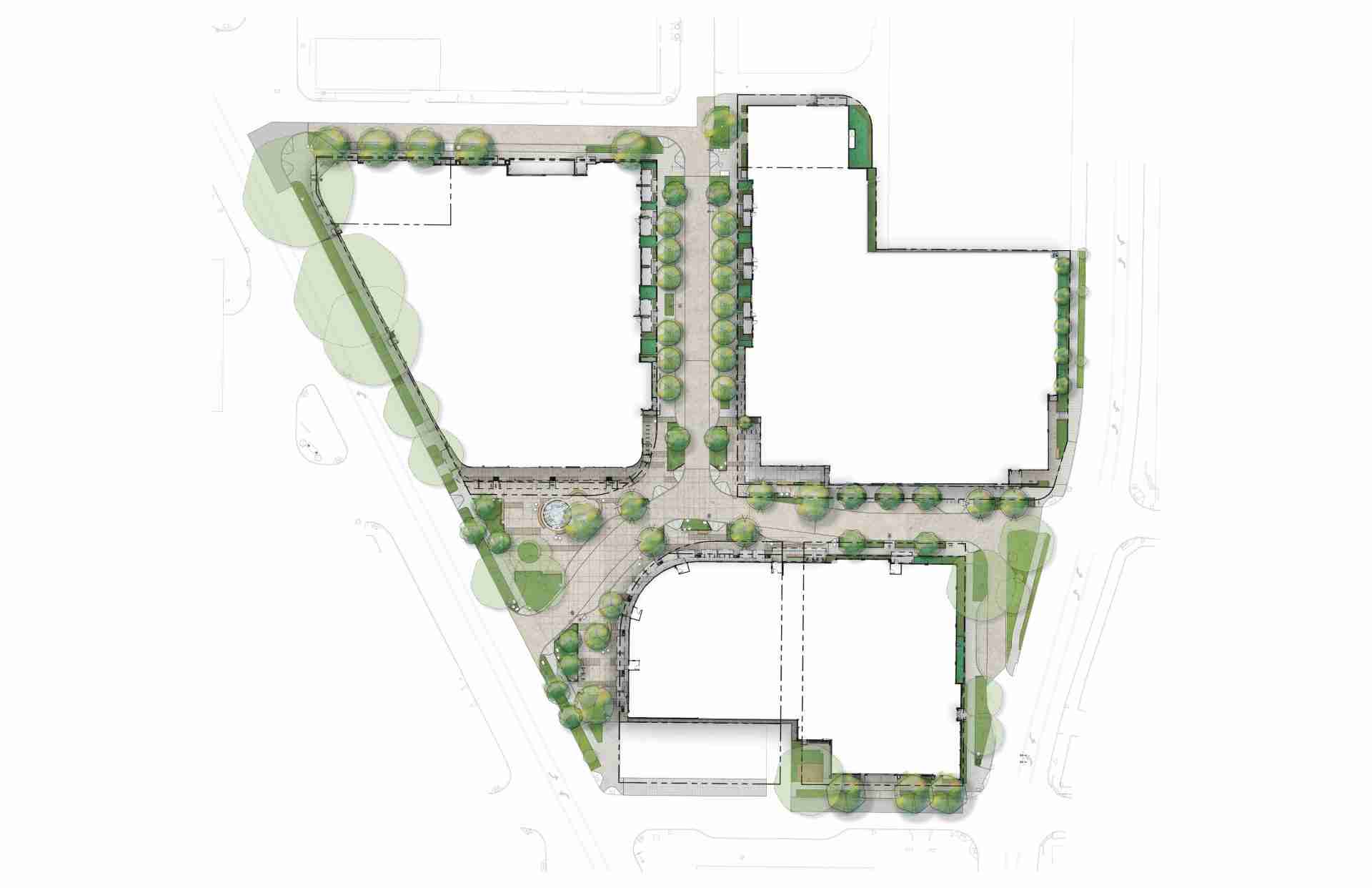