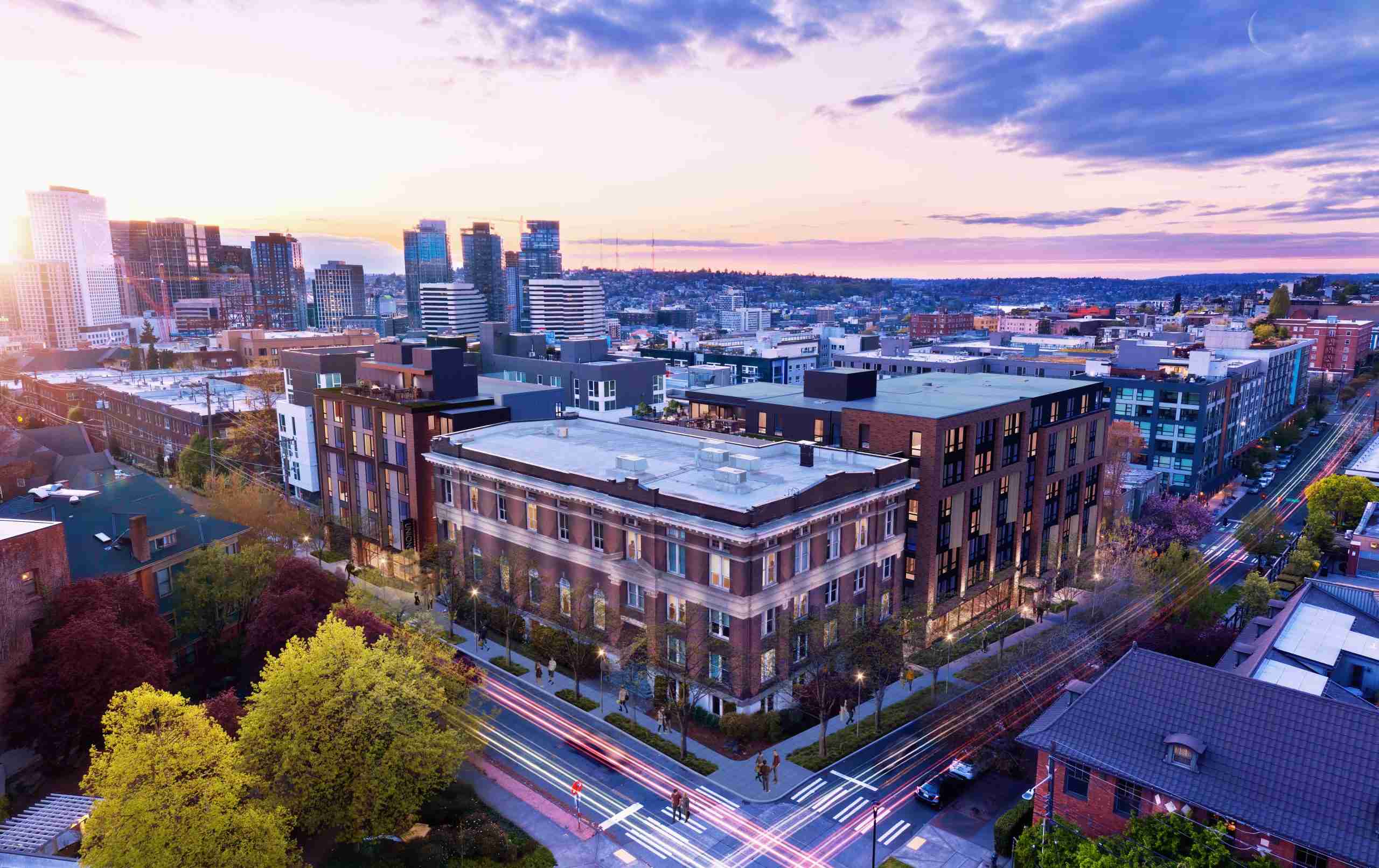 Located within the Pike/Pine Conservation Overlay District, this 180-unit mixed-use development will center on the former Knights of Columbus building, reflecting both the historic character and the wave of new construction that have come to characterize this neighborhood.

Built in 1913, the original Knights of Columbus building will be preserved and renovated for use as commercial space, while two new, adjacent structures will offer 180 residential units. As with a number of other new developments in the Pike/Pine Conservation District, this project will be allowed additional height because it retains a historic “character structure.” Unlike other developments, the Knights of Columbus project will retain the entire historic structure, not just the street-facing façades.

The new construction plays with the concept of intersecting grids, a response to the scale and proportions of the historic Knights of Columbus façades, as well as to the project’s location at the junction of the Pike/Pine and First Hill neighborhoods. Canted bays and architectural details reference the street grids, and a contrasting gasket will highlight the contrast between new construction and the historic building. 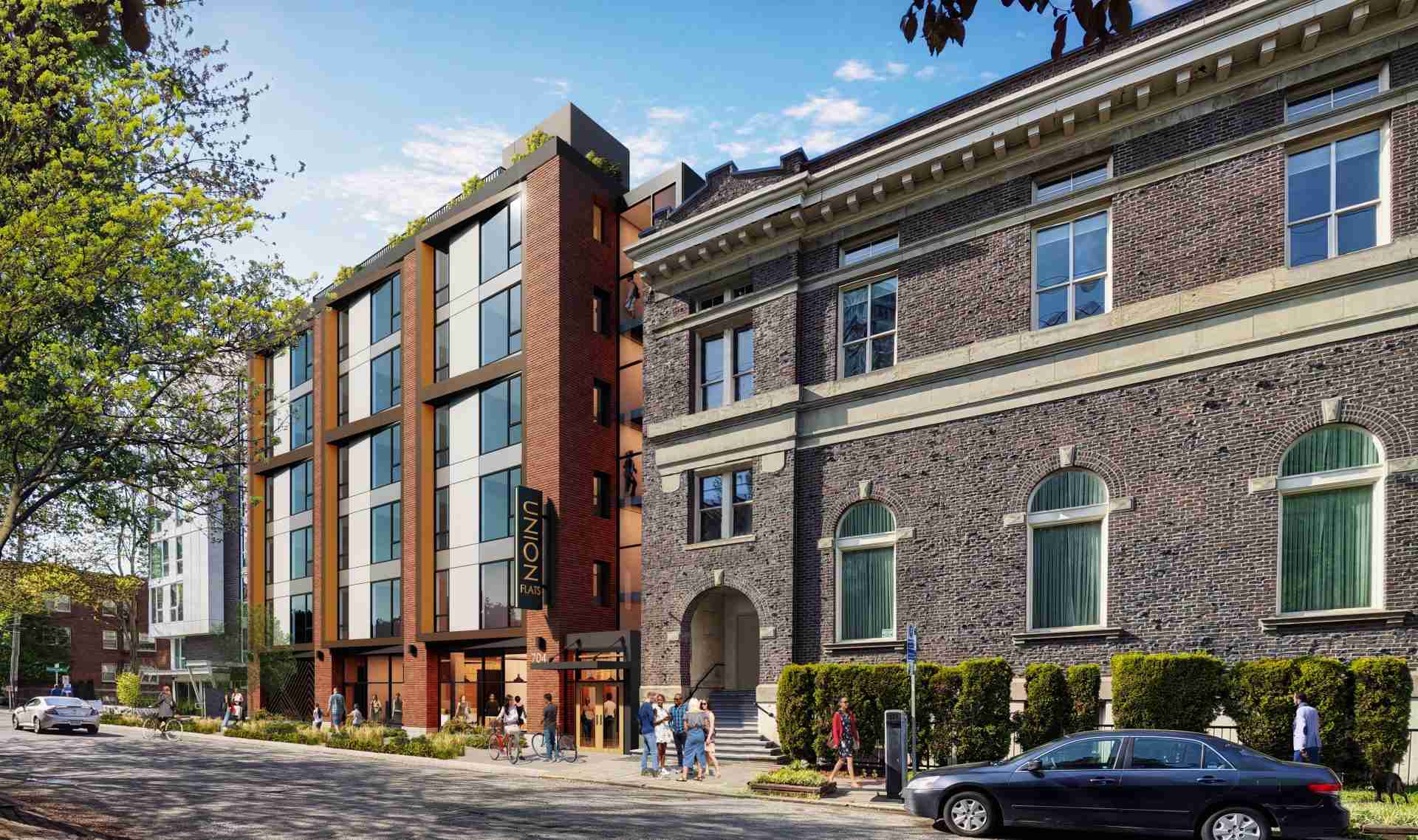