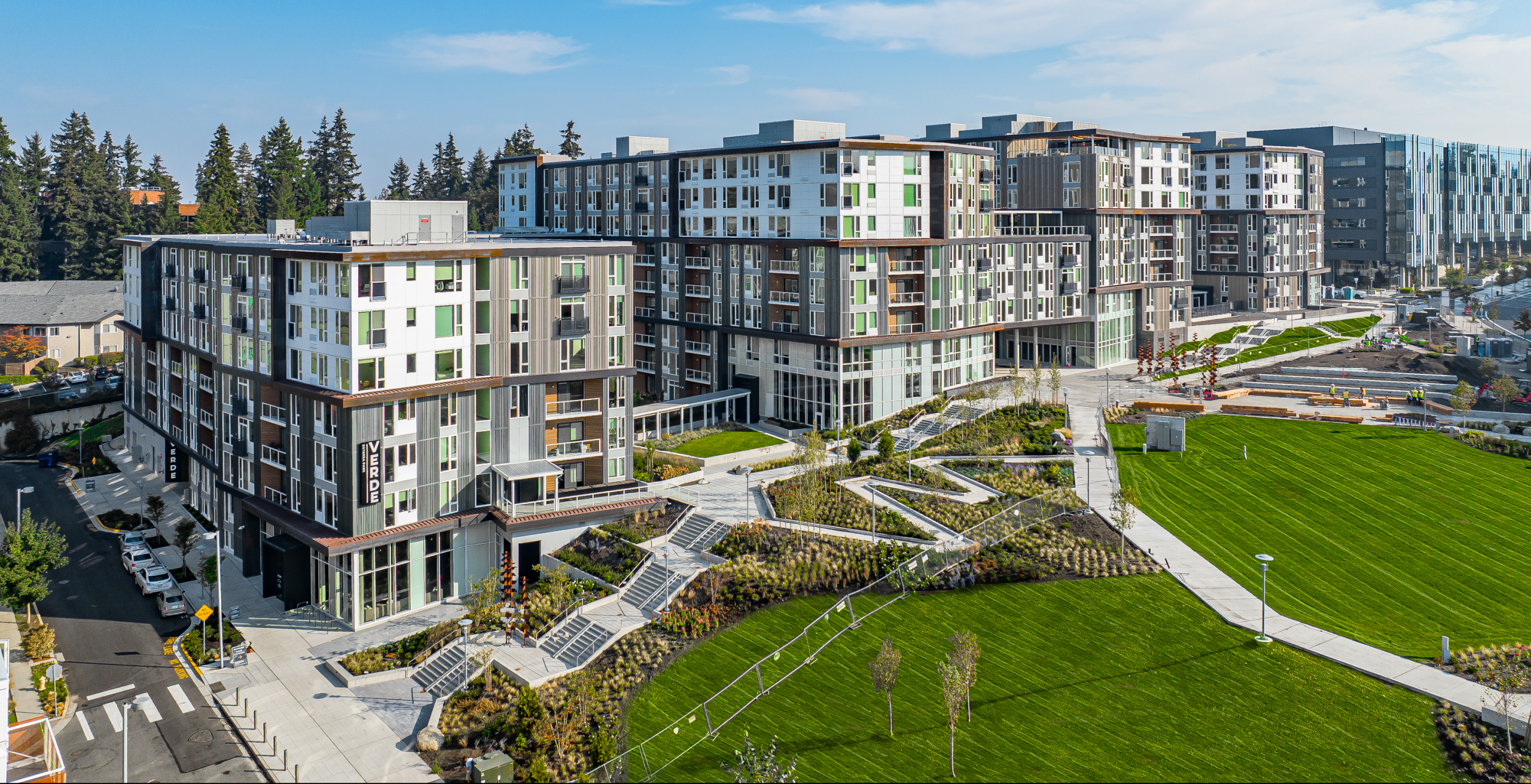 Through forward-thinking leadership from developer Capstone Partners and supported by tenant education and guidance by property manager Greystar, Verde makes carbon-neutral living a priority and once certified, it will be the first multifamily project in Washington state to achieve LEED Zero Carbon.

The push for sustainable multifamily living feels logical for a building that sits directly on a gorgeous 2.6-acre park that is open to the Esterra Park community, which consists of the seven multifamily buildings surrounding the park and totaling in over 6,000 units of apartment homes. With the Eastside Light Rail extension on the way, the City of Redmond created the Overlake Village masterplan in 2011 to redevelop the Esterra Park area (which previously housed a Group Health campus) in order to create a Transit Oriented Development (TOD) right next to the Microsoft campus where people could live a greener, more walkable lifestyle while still having access to the region at large via light rail. As part of the development over 3000 trees were planted in parks across the Redmond and Bellevue area to replace trees removed from the site, this process greatly reduced the project’s carbon footprint. The harvested timber was also reused for stairs, furniture, wall coverings, and other features in Verde’s amenity spaces.

“The early vision of the master plan by the City of Redmond gave the site a good backbone that we were able to benefit from,” Project Manager and Lead Architect Larry Flack says. “It set us up for success.”

Flack says designing a building right on a park is a once in a lifetime opportunity as an architect.

“You don’t see buildings like this very often that sit directly on a park without a street running in-between,” says Flack. “And it’s fortunate that the placement of the park is south of Verde so there’s good solar exposure year-round. There will be a distinct quality of place and community because of the unique nature of the site and the easy pedestrian access to the park and hill climb.”

Sue Sung, designer and project team member, says Verde can serve as a real cornerstone for a new community at Esterra Park.

“With easy access to the incoming light rail station and being within walking distance to the Microsoft campus, the programing of the park space and pavilions will be easy to activate to make it feel lively,” Sung says. “I like how we were able to incorporate the park and the surrounding natural beauty into the interiors of the building, using reclaimed wood from the site for the staircases and other fixtures throughout the common areas of the building,” Sung says. “Inside Verde, it’s very appealing at a human scale—how the spine guides you through the building and serves as a walkway that mirrors the hill climb & stairs in the park.”

In compliance with LEED Zero Carbon, Verde uses no gas for utilities and utilizes all high-efficiency electric water heaters, cooking equipment, washers, and driers. All units have electric heat pumps or mini-splits for heating and cooling.

Since the food we eat has its own sizeable carbon footprint, Verde will host a Saturday Market that will bring local farm goods to Verde’s doorstep. Verde is also one of the first multifamily buildings in the region to feature a “grab and go” market, stocked with high-demand food and household items to minimize car trips to grocery stores.

The park and pavilion is privately owned, but open to the public. Black Bottle will operate a café on the main level that integrates into the pavilion. There will be events, concerts, and programing in the park throughout the year.

Click here for more information on leasing at Verde and to read more about amenities for residents. 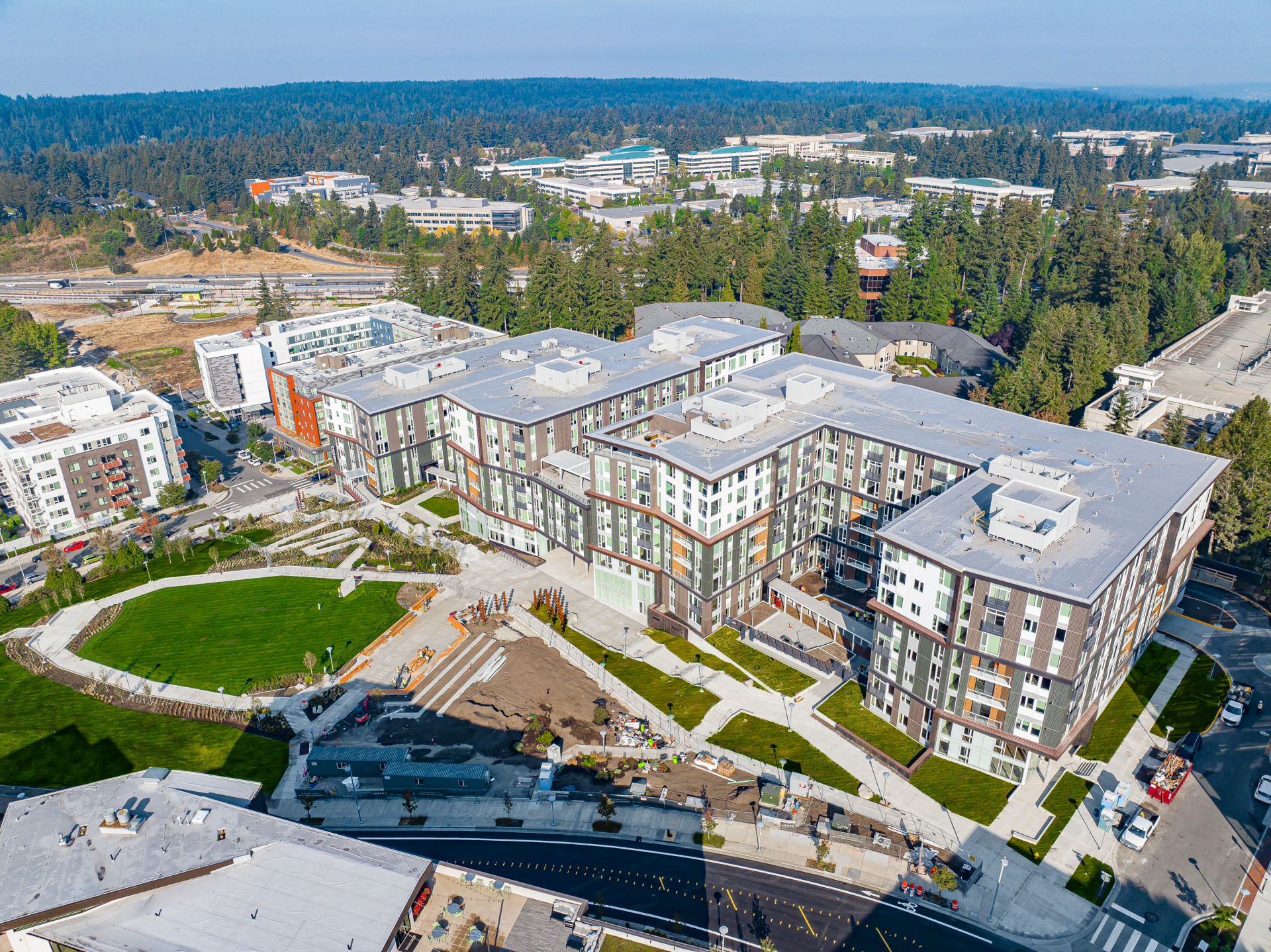 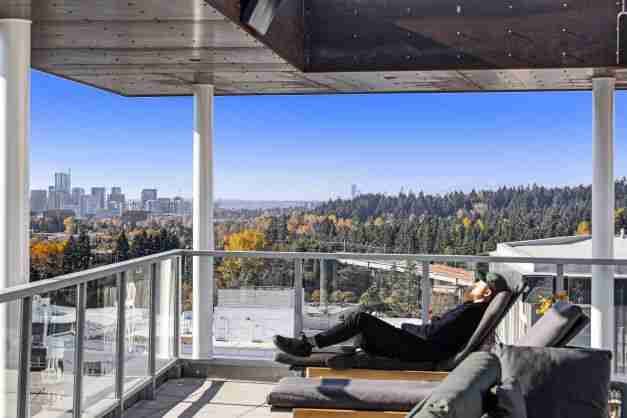 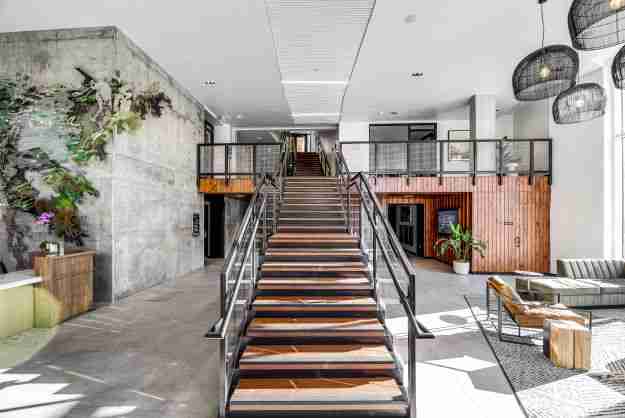 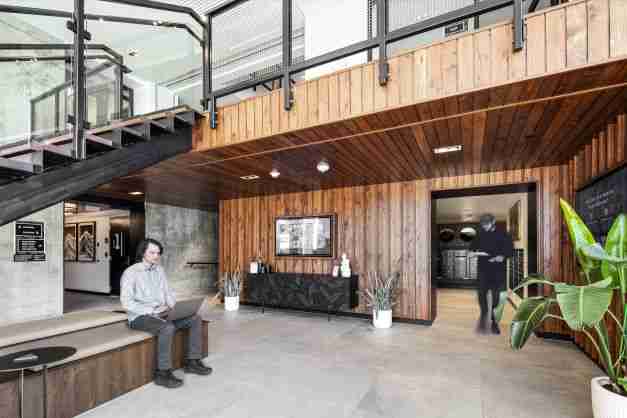